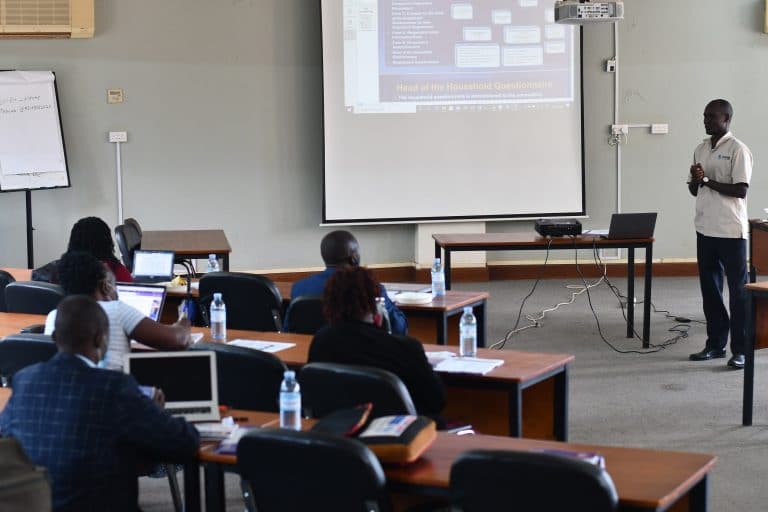 The newly-elected Chairperson of the Uganda Parliamentary Forum for Children, Hon. Margaret Makhoha has called on The AfriChild Centre to furnish members of the forum with research that can enable the legislators to make informed presentations about children on the floor of Parliament.

“We ask you to furnish us with information so that when we are on the floor of Parliament, we speak based on fact,” Hon. Makhoha said.

She made the remarks yesterday during the UPFC Annual General Meeting held at Imperial Royale Hotel in Kampala. During the AGM, the legislators elected the new leadership to champion the children’s rights agenda in the 11th Parliament.

Timothy Opobo, Executive Director, the AfriChild Centre presided over the elections and promised to work closely with the legislators to go beyond legislation and policy advocacy to action.

“Previously, we have worked on legal and policy frameworks and we have achieved a lot. Now we need to focus on action. We need to ask ourselves what is not working and what we can do differently,” Opobo noted.

He called on the new leadership to focus on action to address the plight of children in the country. He promised to support UPFC so that whatever the forum does is evidence-based.

“The research we do helps inform policy and programming. AfriChild is committed to working with you and we will provide you evidence so that whatever you do is evidence-based,” Opobo added.

Clare Bangirana, the Director of Research and Knowledge Management at AfriChild presented some of the landmark studies the AfriChild Centre has conducted. They include; The Violence Against Children Survey, The Effect of COVID-19 on the wellbeing of Children in Uganda, and a Scoping Review on The State of Uganda’s Fathers among others.

Bangirana highlighted the role AfriChild plays in linking policymakers with relevant research data on children and noted that building a strong relationship between the Centre and UPFC will ensure that the policies formulated by the legislators have a positive and lasting impact on children’s lives.

Reflecting on the presentations, the legislators thanked AfriChild and noted that these studies will assist them heed the call made by the Speaker of Parliament, Hon. Jacob Oulanyah to Parliamentarians when he asked them to research before they make presentations on the floor of Parliament.

While inducting the legislators on the Rules of Procedure at the opening of the 11th Parliament, Hon. Oulanyah asked MPs to ensure their debate is evidence-based and called for quality and balanced debates that will see resolutions taken without any disputes from all political affiliations.

The Uganda Parliamentary Forum for Children (UPFC) was initiated during the 7th Parliament to create an avenue through which the status of Ugandan children, especially those in difficult circumstances could be addressed. Aware of the vantage position of MPs in the public policy field, the UPFC is a platform where MPs from different political shades collectively lobby for the rights of children in situations of competing needs and priorities where children’s rights are often neglected.

The membership of UPFC is open to all members of Parliament, especially those with the conviction and commitment to promoting the rights of children in all legislative and policy processes.